Rapha Christian Centre was birthed out of an inspired word from the Lord to the Pastor. It was on a Sunday morning while delivering the sermon at Mount Zion Apostolic Church that the word “Rapha” came into Pastor Brown’s spirit. He began to describe to the congregants, the vision that God was giving for a place of worship. Not long after that, the vision began to materialize.

Pastor Brown and the congregation took God at his word and through faith, started to work towards bringing the vision to pass. This is how the divinely inspired journey of Rapha Christian Centre began as a church with an intensive community oriented focus.

The first church event held at Rapha was a prayer meeting in July, 2008. The first official worship service took place on August 1, 2008.

Pastor J. Anthony Brown surrendered his life to the Lord as a teenager and was baptized in the name of the Lord Jesus Christ at the Calvary Cross Church of Jesus Christ (Apostolic) in Toronto, Ontario, Canada. He soon after received the gift of the Holy Ghost and his devotion to the Lord has been unwavering. He received his ministerial license in 1984 and was subsequently ordained as an Elder in 2000.

His love for the word of God and fellowship with the saints were demonstrated early in his Christian walk. In 1986, he began attending Mount Zion Apostolic Church under the organizational leadership of Bishop C.O. Ricketts in Toronto, Ontario and was a dedicated member of the choir, always blessing others through his anointed singing.

Through the course of time, the calling on his life to the pastorate became evident. In 1994, with the blessing of his Bishop, he left the comfort of his family, job and church home to begin pastoring the Mount Zion Apostolic Church in Windsor, Ontario. The ministry became a house of refuge to many who heard the powerful teaching and preaching. In 2008, Mount Zion transitioned in name to what is now known as Rapha.

Pastor Brown has been blessed with a gracious and devoted help meet in the person of Lady Metra Brown, along with their three children Michael Anthony, Christopher Alexander, and Andrew Jamie. 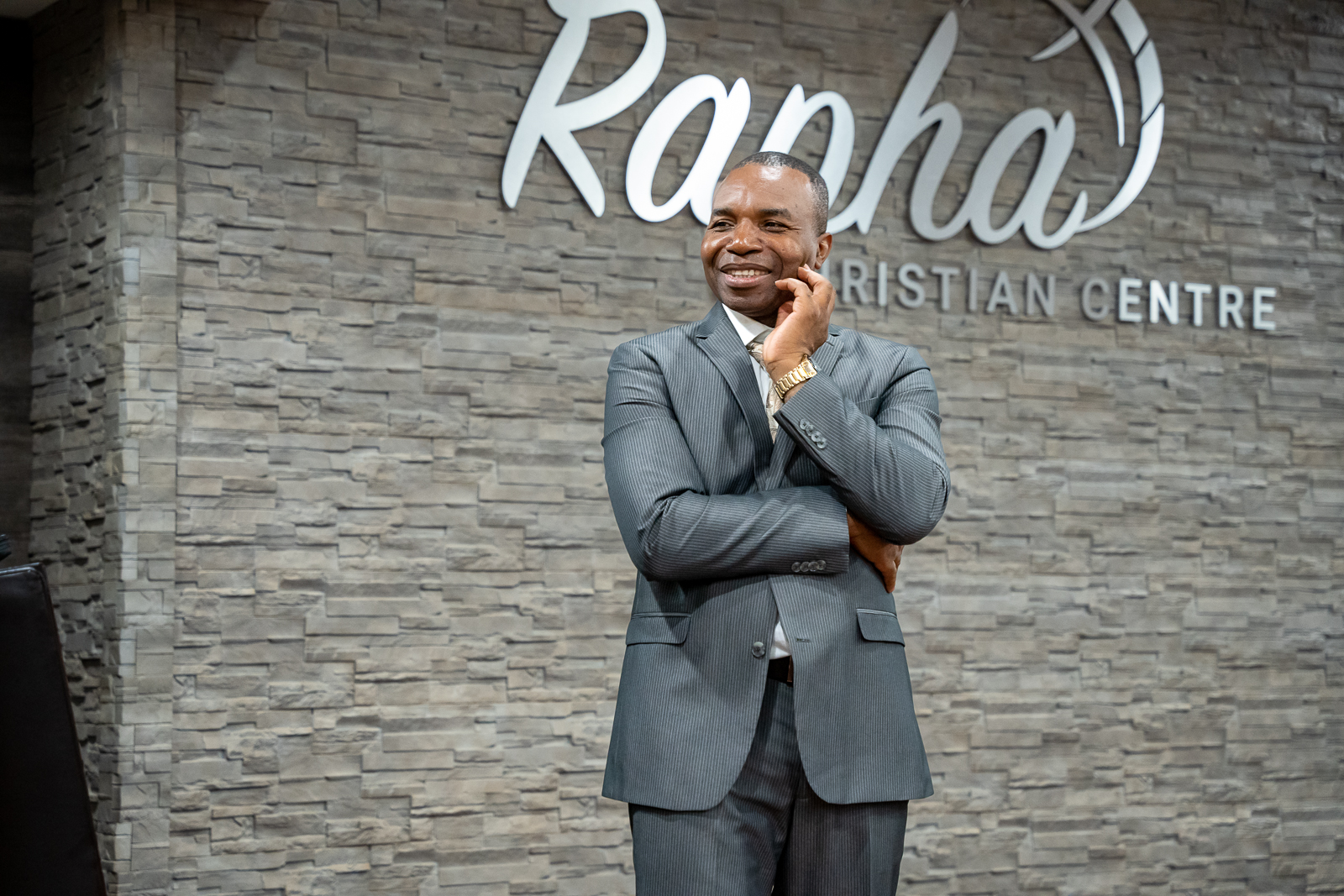 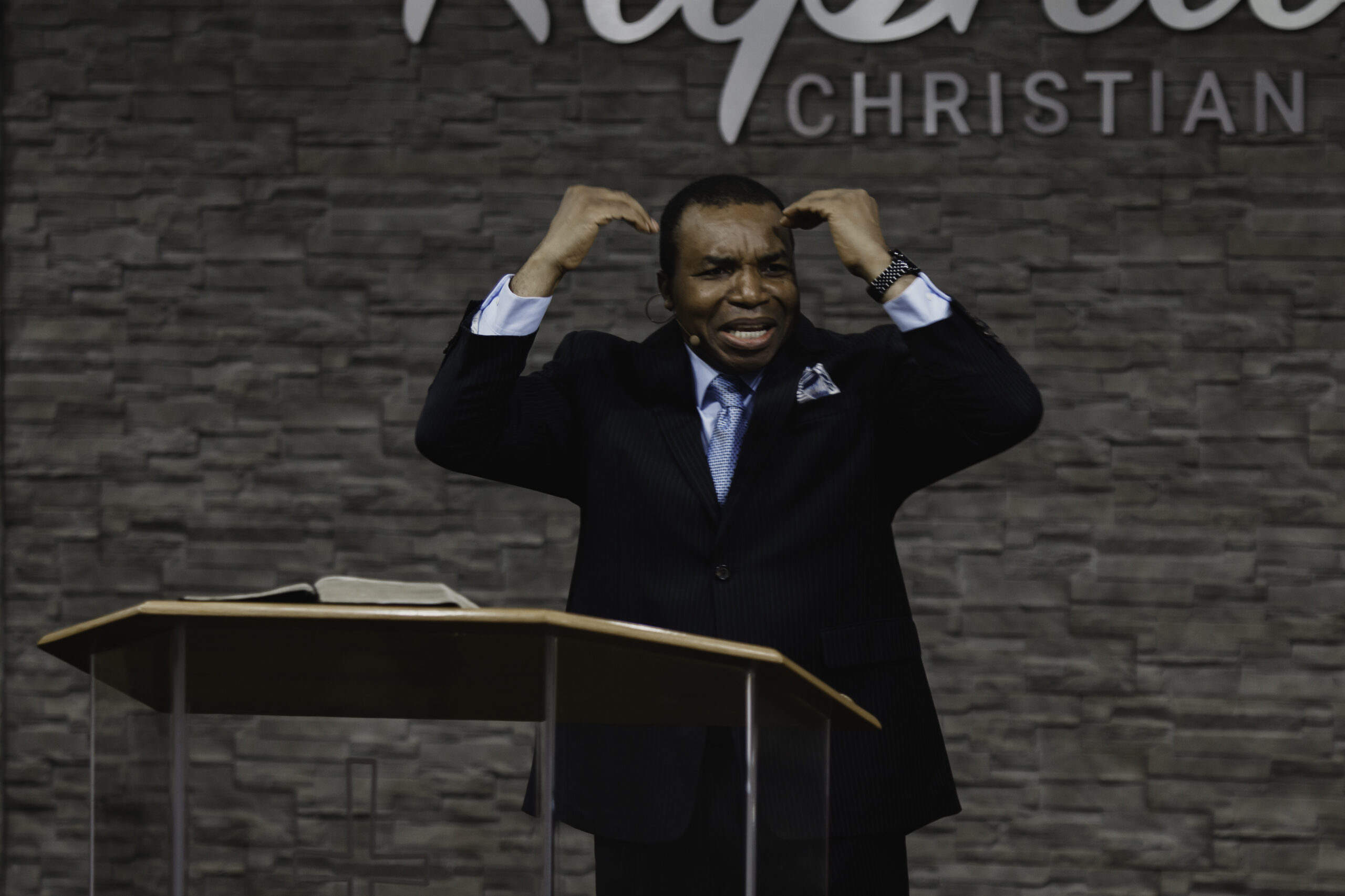 Our Beliefs
Rapha stands firmly in the roots of historical Christianity. It takes the Bible as its all-sufficient source of faith and practice. In common with historical, evangelical Christianity, it emphasizes Jesus Christ as Lord and Saviour and coming King.
We Believe That…

is the inspired Word of God which is inerrant in its content, absolute in its content and supreme in its authority in all matters of faith and conduct.

who is omnipotent, omniscient as well as omnipresent. He was revealed to us as Father in creation, as son in redemption and as the Holy Spirit in those who by faith believe in Him.

In the virgin birth; that Jesus Christ was both human and divine. He is God manifested in flesh. The fullness of the Godhead dwells completely in Jesus Christ.

The only means of being cleansed from sin is through faith, repentance and baptism in the name of the Lord Jesus Christ.

In the atoning death of Jesus Christ, His bodily resurrection and in His future return to this earth in power and glory.

We Believe In The…

That regeneration by the Holy Spirit is absolutely essential for complete salvation. This is evidenced by speaking in other tongues as the spirit gives utterance.

The Lord’s Supper (Holy Communion) is an ordinance of the Church in which the bread and the wine represent the broken body and the shed blood of Jesus Christ, symbolizing the new covenant which He established between God and man.

That the redemptive work of Christ on the cross provides healing of the body, mind and spirit through prayer by faith.

RCC offers many opportunities to live out your passionate commitment to Christ. We pray that you and your family find a ministry where you can grow. Read More

Get our location and directions info
Read More